A new animal-care facility called Dogtopia is coming to the City of Fairfax. It’ll go onto three, vacant, consolidated parcels in the lower level of the Westfair Center, at the intersection of Lee Highway and Fern Street.

Supriya Chewle, a City planner, presented the details during a public hearing, last Tuesday, Jan. 11, at Fairfax City Council. The applicant, Federal Realty, which owns that shopping center, requested a special-use permit to open such a business in Fairfax’s commercial retail zoning district. 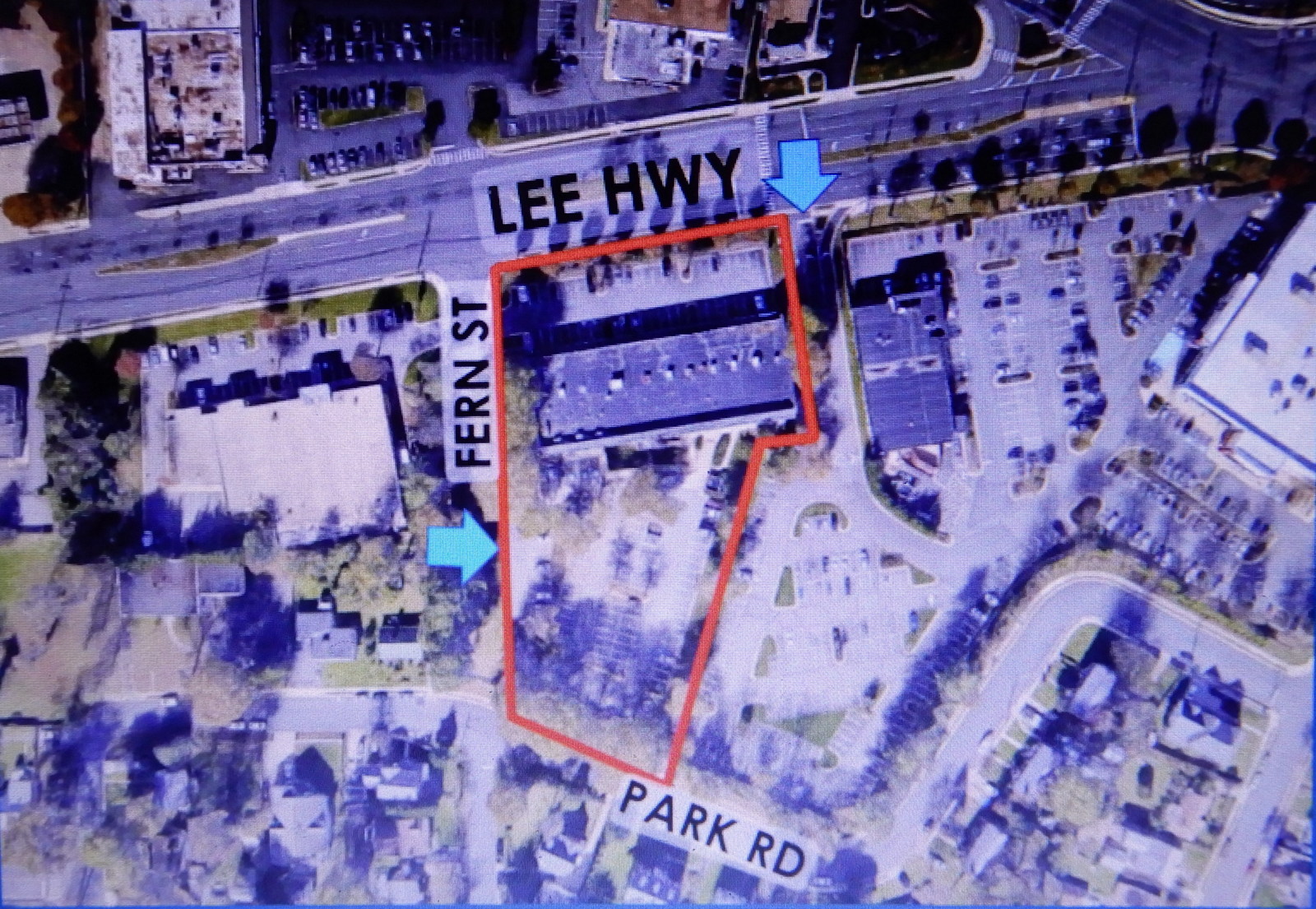 The location of the shopping center where Dogtopia will go.
“It’ll be a 24-hour facility with daycare and short-term, overnight boarding,” said Chewle. “A 700-square-foot, outdoor play area will be to the rear of the building, with a 6-foot-high fence and landscaping. And it’ll be at least 300 feet from the nearest residential use.”

Dogtopia is designed to accommodate 92-125 dogs, with a maximum capacity of 145. The animals will be divided according to size, age and temperament in the outdoor play yard and in the three playrooms inside. Hours of operation will be 6 a.m.-7 p.m.

The main entrance to the 5,400-square-foot facility will be from the back of the building, on the lower level. Four to seven employees will be there at any one time, throughout the day from 5:30 a.m.-9:30 p.m. The dogs boarding there will be crated at night, and there’ll be overnight monitoring for their safety.

“Fifty dogs at a time could be in the play area?” asked Councilmember So Lim. Chewle replied that it could be dependent on the size of the dogs. Lim also inquired how long the special-use permit would run, and Chewle said it could be revoked if there are noise complaints.

Councilmember Tom Ross said he wanted cleanup of both the site and the shopping center addressed. Melanie Novotny, an urban planner with Cooley LLC, representing the applicant, said Dogtopia employees will encourage people to pick up after their pets and will have trash bags and receptacles available. And the shopping-center owner will have an additional waste station in the Fern Street/Park Road right-of-way.

Novotny said Federal Realty wants to update the Westfair Center, and “Dogtopia is a national company that we’re happy to bring to the City of Fairfax.” There are more than 150 Dogtopias in the U.S., including one in Falls Church. She said the employees are called “canine coaches” and noted that they only use dog-safe cleaning products. She also said the dogs must be spayed and neutered. Services include light grooming, such as nail trimming, baths and other spa-type activities.

As for the outdoor play yard, it will only be used from 8 a.m.-3:30 p.m. Novotny said an employee would remain outside with the dogs at all times. Ross asked how they’d handle the dogs’ noise at night, and Novotny explained that, since the building is “underground, with concrete walls, it’s the perfect location” and won’t be noisy or disturb nearby neighbors.

Councilmember Janice Miller made the motion to approve Dogtopia’s special-use permit, and Ross seconded. They and their colleagues then unanimously voted in favor of it. Fairfax Mayor David Meyer then told the applicant, “Congratulations; we look forward to Dogtopia being a part of the City business community.”